Peter Stathas fell forward into the choreographic process early and naively in his dance career. As a young dancer, Peter found himself not connecting with much of the work that was being produced. This led him to start creating his own work even though he didn’t know much about being a choreographer. Peter started out working with slim budgets, peers that were willing to take a chance and limited opportunities. Many workshops and showcases later, he began to gain some support for his work. A few commissions led to further confidence, less fear and more belief. But it wasn’t to be. New responsibilities happened in his life, derailing his artistic aspirations.

In 2016, at the age of 60, Peter found himself with a yearning to re-event the dance career he left behind. After conversations with trusted colleagues, Peter had the idea to form Peter Stathas Dance. The decision to form the company solidified when he was accepted into Doug Varone’s Devices choreography intensive in 2018. This set the stage for Peter to begin creating new work with the dancers that are now part of his company.

Peter’s choreographic inspiration comes from many places. He is an incredibly observant person and chooses to live life in the moment. His observation of life lies in the nuances of the background instead of what is obviously right there in front of him. His view of the world comes to him from all of his senses which keeps him grounded in the present. These are the traits that drive Peter’s creative process.

The mission of Peter Stathas Dance is to give dancers a forum to unleash their creativity and individuality through a collaborative process. Through developing his work, Peter values the whole artist, connecting with their history and creating dances that reflect both himself and his collaborators. As part of valuing the whole artist, Peter Stathas Dance is committed to ensuring dancers are able to practice and perform their craft while earning a living wage. Peter aims to create artistic dialogues/exchanges between his home in Milwaukee, Wisconsin and New York City, engaging and connecting with artists from different communities.

Inspire and empower dancers to reach their full potential

Share the experience, knowledge, and diversity gained in a career spanning over 35 years

Engage with art and communities through our common humanity 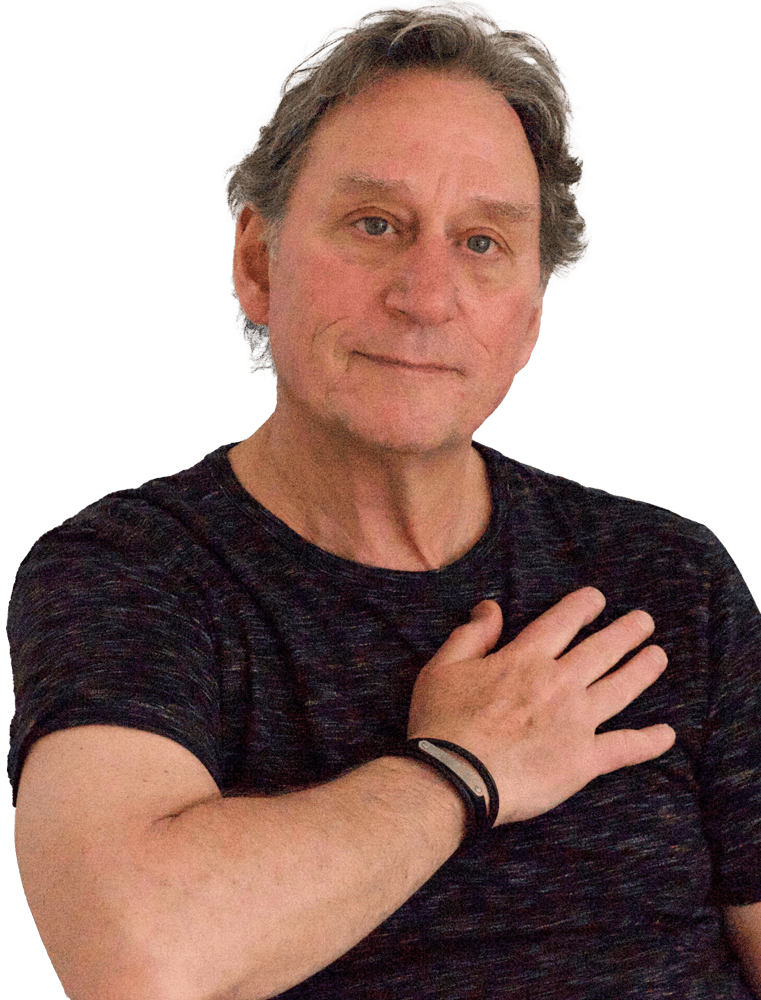 Peter Stathas began his dance career at the University of Wisconsin Stevens Point and transferred to SUNY Purchase to finish his dance training. He moved to New York City to study with such dance luminaries as Gerri Houlihan, Lar Lubovitch, Mel Wong, Mark Morris and his mentor Maggie Black. He performed with the Jose Limon Dance Company and worked extensively with Bessie winning choreographer and filmmaker Marta Renzi.

For the past 30 years, Peter has worked as a Physical Therapist forming his own successful private practice, Freedom Physical Therapy Services, which has four locations in the greater Milwaukee area.

After a long hiatus, his love for dance inspired his decision to return to choreography. Peter returned to the stage in 2016 presenting his first work in over 30 years. In 2018 he premiered work in NYC as a part of DEVICES choreographic mentoring program. In 2019, Peter Stathas Dance was selected by Danspace Community ACCESS program to perform his curated program “Leaving and Coming Back.” In February 2020, Peter Stathas Dance premiered a new work “In The Garden” as a part of the Gibney POP Series. 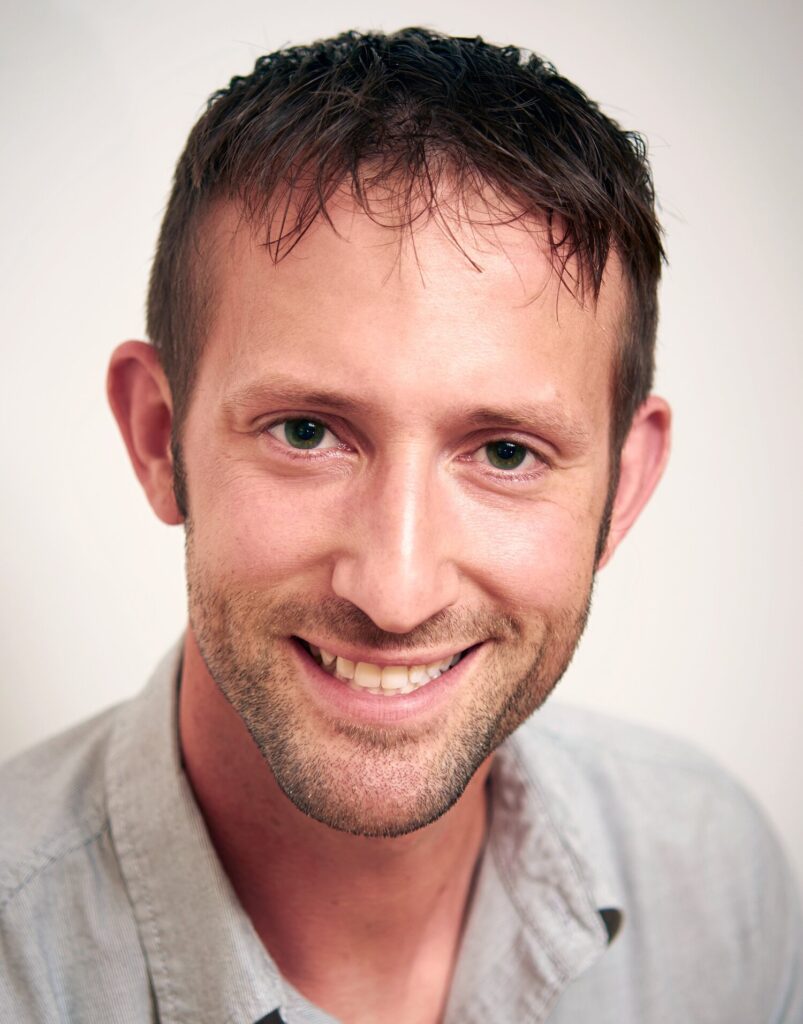 A Milwaukee, Wisconsin native, Joe has performed throughout the Midwest as a dancer, singer, and theatrical performer. In addition to performing, he has also served as an instructor and choreographer for the past 15 years. Joe first appeared with Peter Stathas Dance in the 2016 production of Leaving and Coming Back, and is honored to restage Saturday Mornings. He is a graduate of the University of Wisconsin – Milwaukee with a Bachelor of Fine Arts in Dance & a Bachelor of Arts in Theatre. 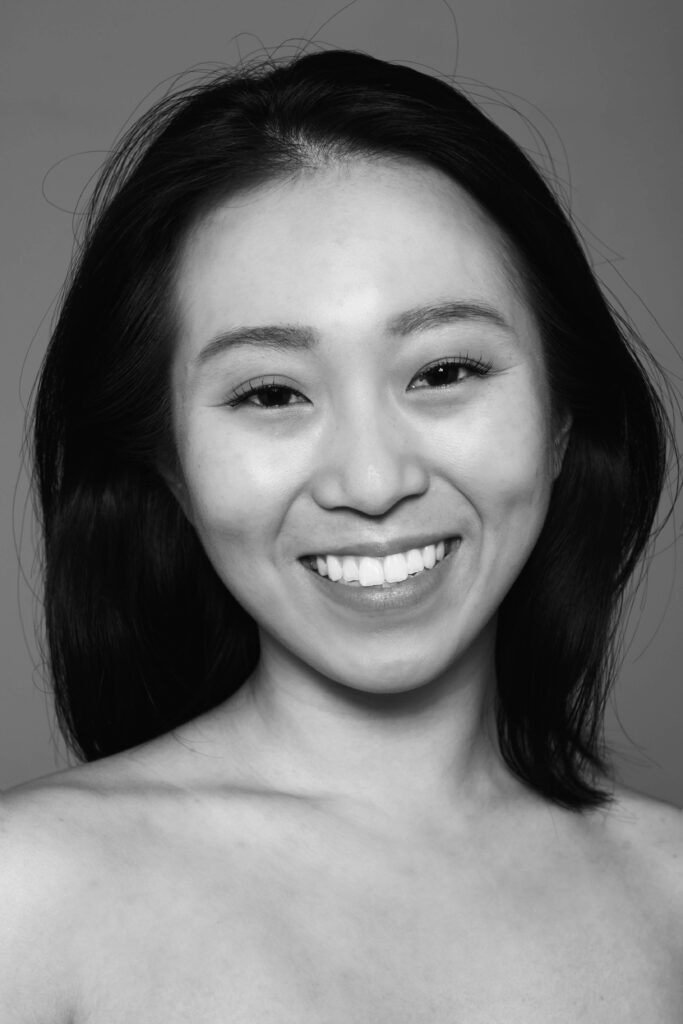 Mariah Gravelin is originally from Norwich, Connecticut. She holds a Bachelor of Fine Arts from the Ailey/Fordham BFA Program and has been a member of the Limón Dance Company since 2019. Mariah has performed masterworks by Alvin Ailey, José Limón, George Balanchine, and Paul Taylor. She has also had the pleasure of working with choreographers Kate Weare, Francesca Harper, Raul Tamez, Florian Lochner, Brice Mousset, Jacqueline Bulnes, and others. In addition to her dancing, she is a NYC-based freelance photographer, and social media associate and teaching artist for the José Limón Dance Foundation. 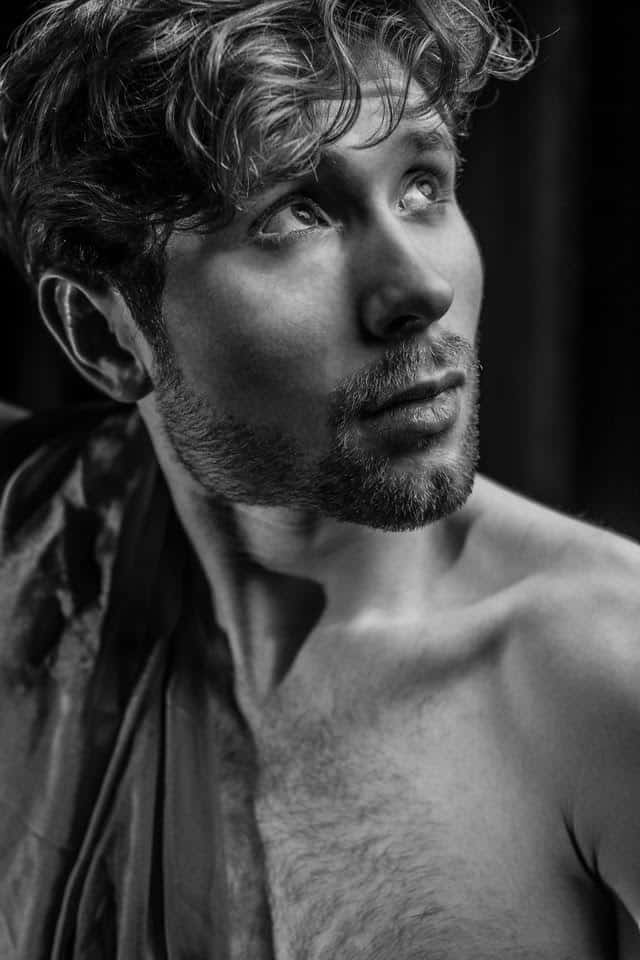 Ty Graynor grew up in Huntington, New York, studying under Catherine Murphy at Holy Trinity High School. His education continued at The Hartt School of the University of Hartford, receiving his BFA in Dance in 2018. During undergrad, Ty worked closely with Nina Watt, Stephen Pier, and Miki Orihara. He also performed contemporary works by Doug Varone, Bryan Arias, and Adam Barruch in addition to classical pieces by José Limón, Martha Graham, and Doris Humphrey. Following graduation, Ty studied at the Martha Graham School of Contemporary Dance and performed with Graham 2. In Graham 2, he was featured in leading roles in classic works such as, “Appalachian Spring” (1944), “Acts of Light” (1981), “Secular Games” (1962) and “Diversion of Angels” (1948). In 2019 Ty joined Robin Becker Dance and the Limón Dance Company where he currently resides as a performance and teaching artist. In 2020, Ty had the pleasure to begin working with Peter Stathas in “5 Studies Between a Waiter and a Businesswoman” (1985). 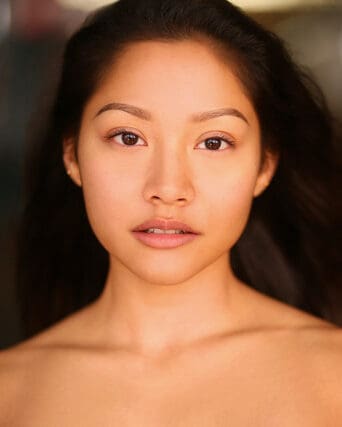 Selina Shida Hack (Queens, New York) is a freelance dance artist based in New York City.
She began her dance training at the Professional Performing Arts School/The Ailey School. In 2017, Selina graduated from the State Univeristy of New York at Purchase College, Conservatory of Dance with a BFA in Dance Performance and a minor in Arts Management. She has also trained at the Hong Kong Academy for Performing Arts, Ballet Hispanico, Dance Theater of Harlem, Complexions Contemporary Ballet, Earl Mosley Institute of the Arts, The Ailey School, and Sidra Bell Dance New York MODULE.

As a choreographer, Selina was invited by conductor Antonio Ciacca to choreograph for his work, Pulses presented at the La Spezia Music Festival in Italy. She has also directed many dance films that she has been featured in, collaborating with videographers and directors. Her work has also been featured at the 2020 Kaatsbaan Summer Dance Festival.

Through her commercial work, Selina was selected to be featured in the music videos of Black Violin, Jukebox the Ghost, and Halestorm. She was featured in CXN’s Fashion Commercial Come With Us choreographed by Katherine Maxwell. Selina performed for Madonna during her guest appearance at the International Song Competition, Eurovision in Tel Aviv, Israel choreographed by Megan Lawson. 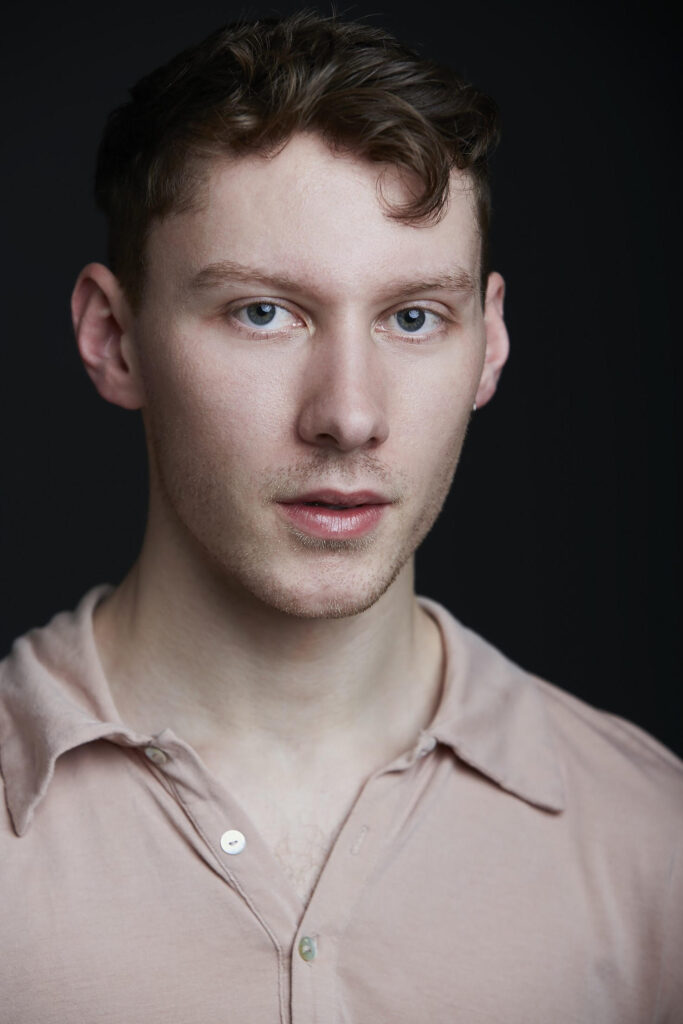 Andrew McShea is from Virginia, USA. He began his training in ballet and jazz at the Loudoun School of Ballet. He proceeded to earn a BFA in Dance from Point Park University, under the direction and mentorship of Rubén Graciani. He has had the privilege to perform works by Andrea Miller, Robin Mineko Williams, Zack Winokur and Julia Eichten, Micaela Taylor and many more. In addition to working with Peter Stathas Dance, Andrew is currently working with Patrick O’Brien Dance Project, as well as White Wave Young Soon Kim Dance Company. 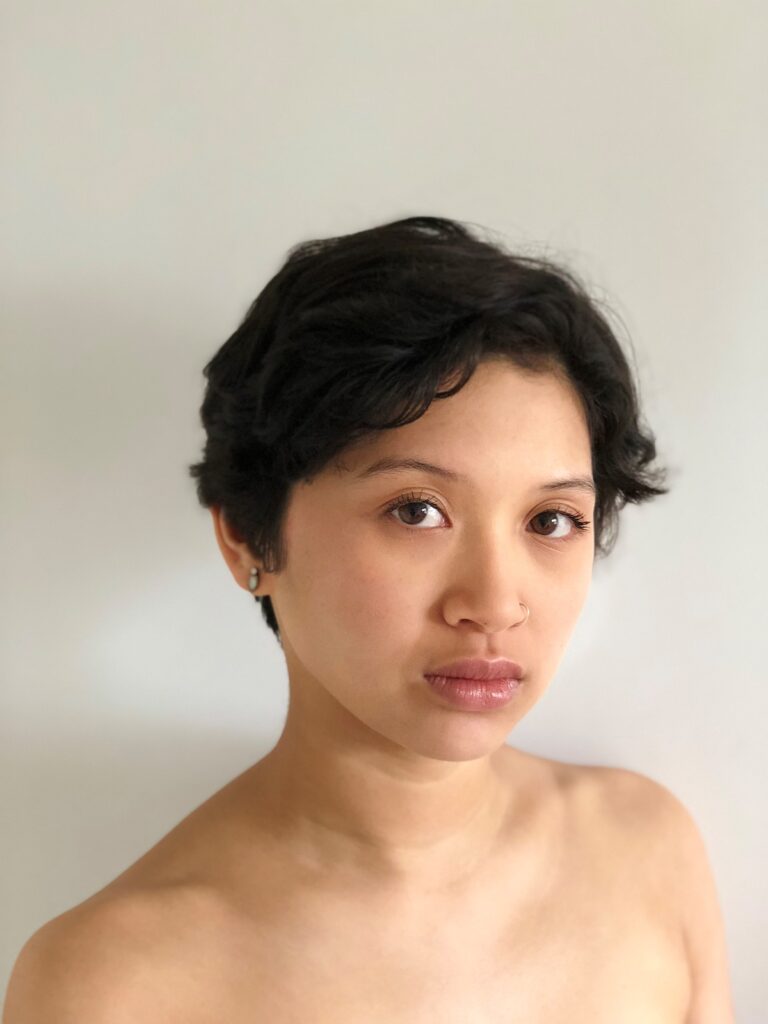 Paulina Meneses is originally from Las Vegas, NV where she began her dance training at Las Vegas Academy of the Arts. In 2018, she graduated with a BFA from the Conservatory of Dance at SUNY Purchase. During her time in college, she performed works by Shannon Gillen, Kimberly Bartosik, Sue Bernhard, Xan Burley, Alexandra Beller, and Trisha Brown. Since moving to New York City, Paulina had the pleasure of working with Doug Varone and Dancers, Dylan Crossman, and Hannah Garner’s 2nd Best Dance Company. She also assisted Kyle Abraham on his New York City Ballet piece “The Runaway” and toured with A-Y/dancers for their inaugural season. 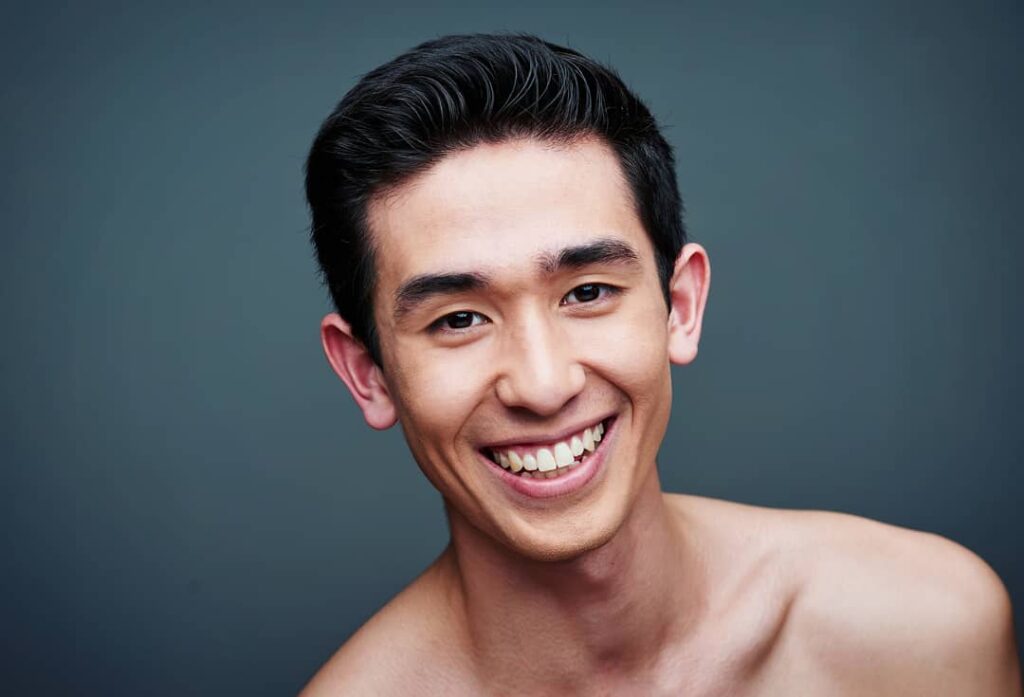 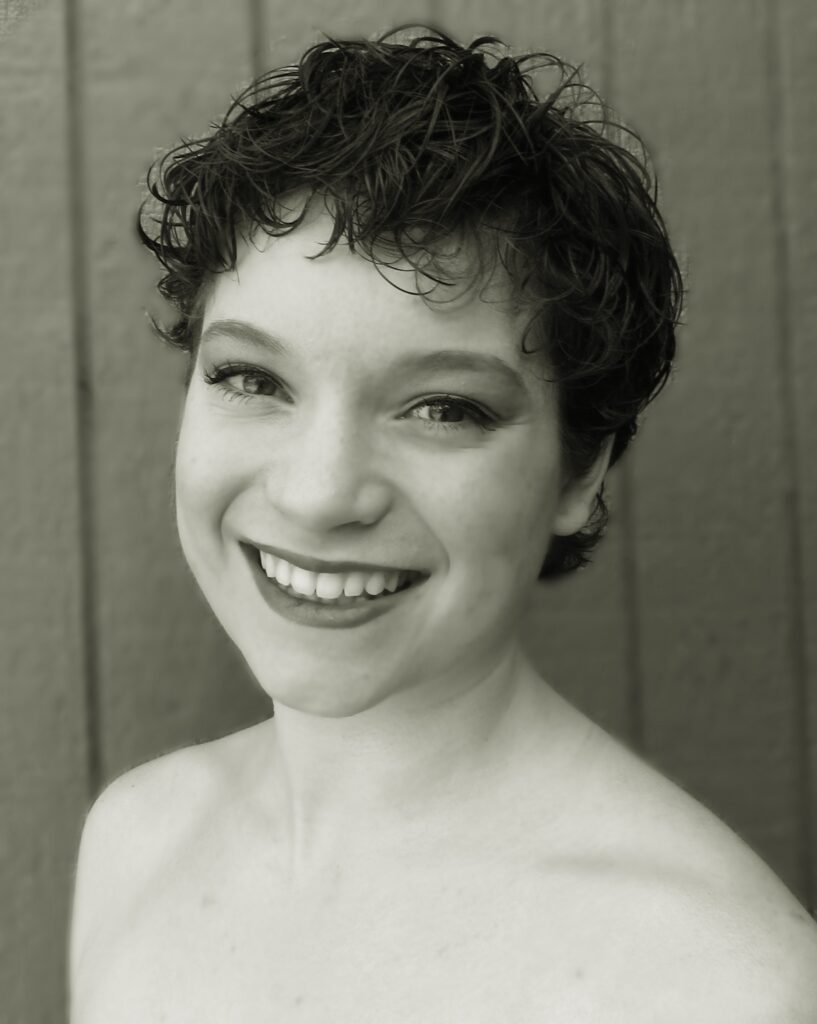 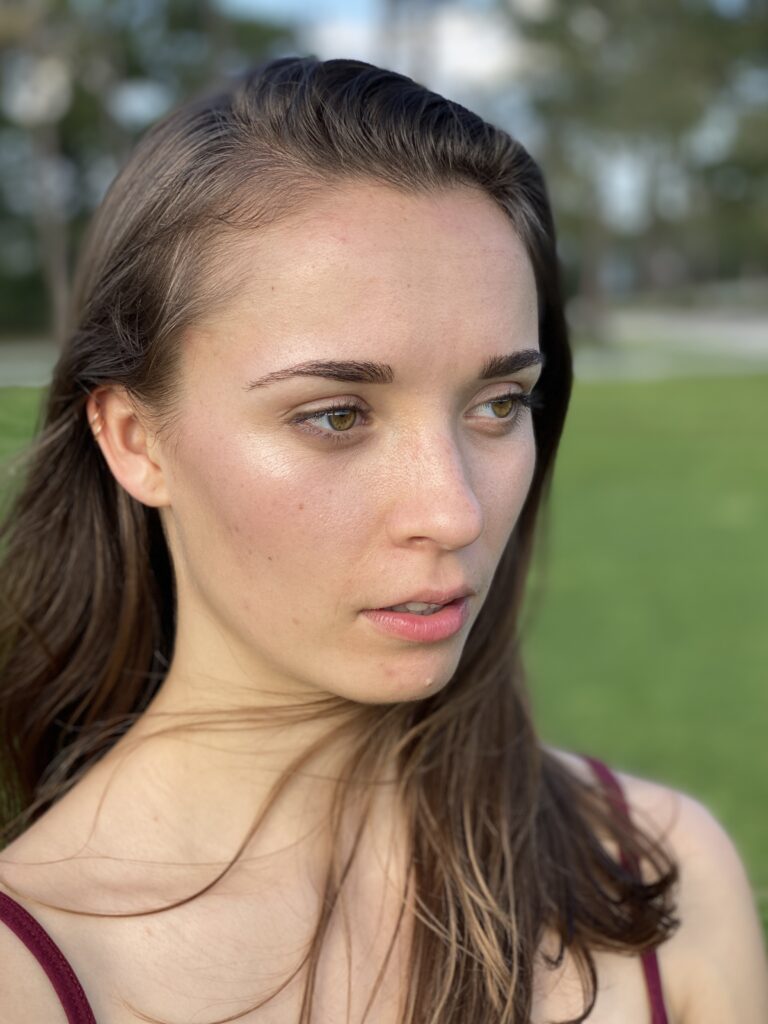 Sasha Rydlizky grew up in Ellsworth, Maine. She graduated summa cum laude from the Conservatory of Dance at SUNY Purchase with a BFA in Dance and minor in Arts Administration, with additional training abroad at the Taipei National University of the Arts. She has had the pleasure of performing work by Christina Robson, Lucinda Childs, Martha Graham, Merce Cunningham, Taryn Russel and Kevin Wynn, among others while in school. Sasha danced in NYC with collaborators including Chloe London Dance, Peter Stathas Dance, and Alison Cook Beatty Dance. She is also a 500h certified yoga teacher, a passionate dance teacher, and currently based in Salt Lake City. 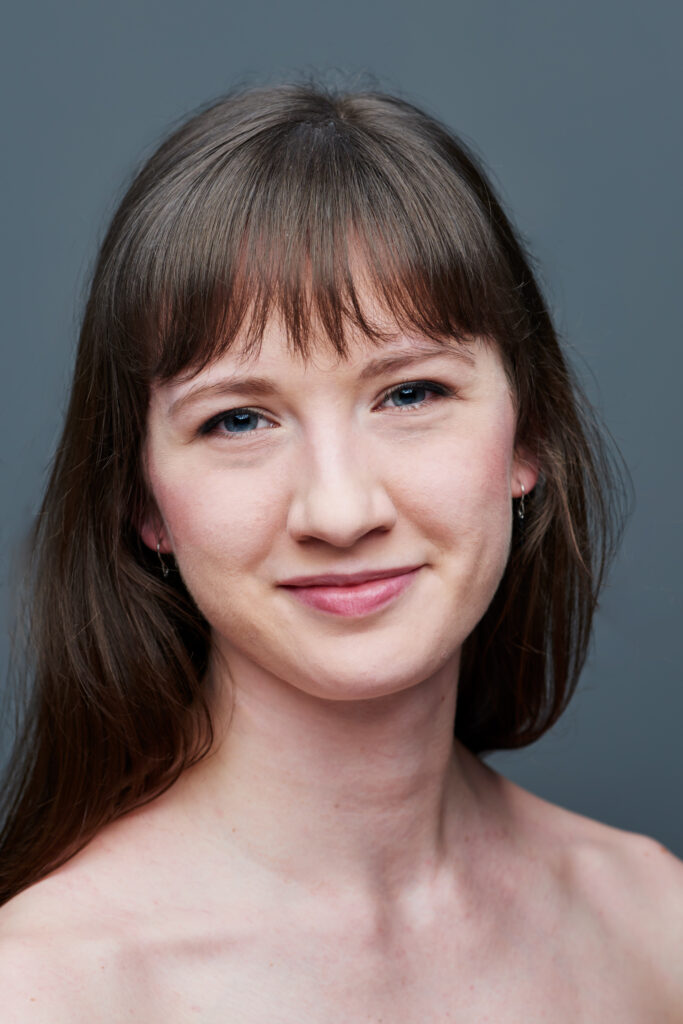 Savannah Spratt is a Harlem-based creative who began collaborating with Peter Stathas Dance in 2020. She holds a B.F.A. in Contemporary Dance from the University of North Carolina School of the Arts and has been a member of the Limón Dance Company since 2016. Additionally, she is a guest artist with Helen Simoneau Danse and has worked closely with the Merce Cunningham Trust, most notably performing in the centenary celebration Night of 100 Solos. 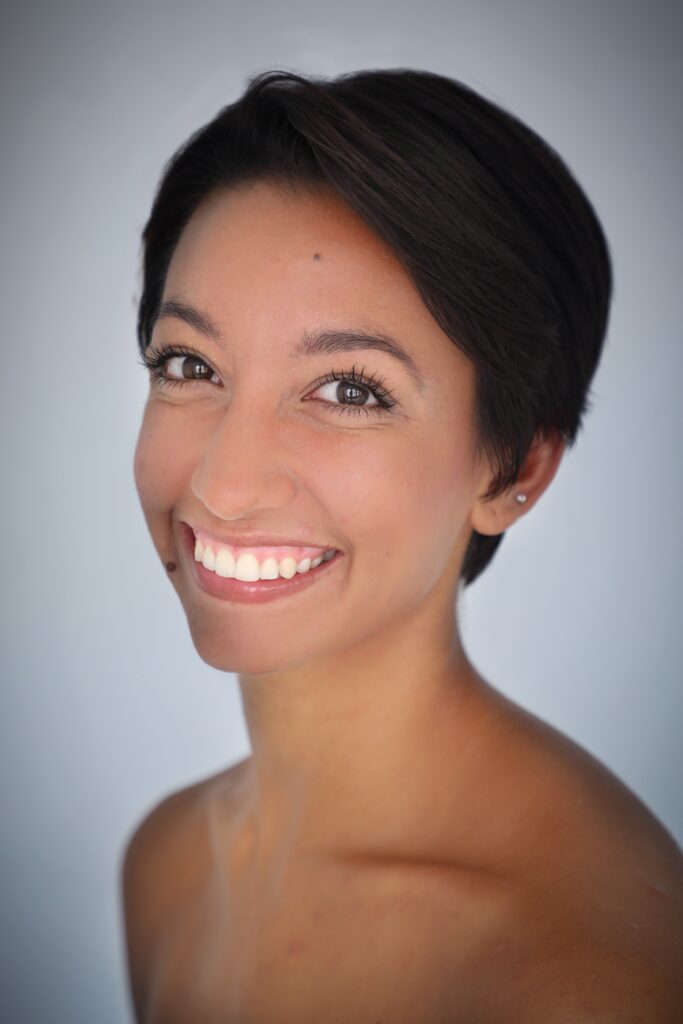 Lauren Twomley, born in Brooklyn, New York, graduated summa cum laude from SUNY Purchase with a BFA in Dance and a minor in Arts Management. She began her professional training at Fiorello H. LaGuardia High School. During her Purchase career she has studied under a renowned faculty and has worked with a variety of choreographers including Doug Varone, Sidra Bell, Dylan Crossman, Kevin Wynn and Ana Maria Lucaciu. She has also performed in masterworks by choreographers Martha Graham, José Limón and Merce Cunningham. In fall of 2016, she was afforded the opportunity to study abroad in Rotterdam, Holland at Codarts Dans Acadamie where she explored the repertoire of Jiri Kylian and Joost Vrouenraets while performing in small projects around the city of Rotterdam. Companies she has danced for include Crossman Dan(s)ce, A-Y Dancers, and Obremski Works. Lauren currently works with Limon Dance Company, Soluq Dance Theater, and acts as a dancer, rehearsal coordinator and social media manager for Peter Stathas Dance.

Stay up to date on all Peter Stathas Dance projects and events!